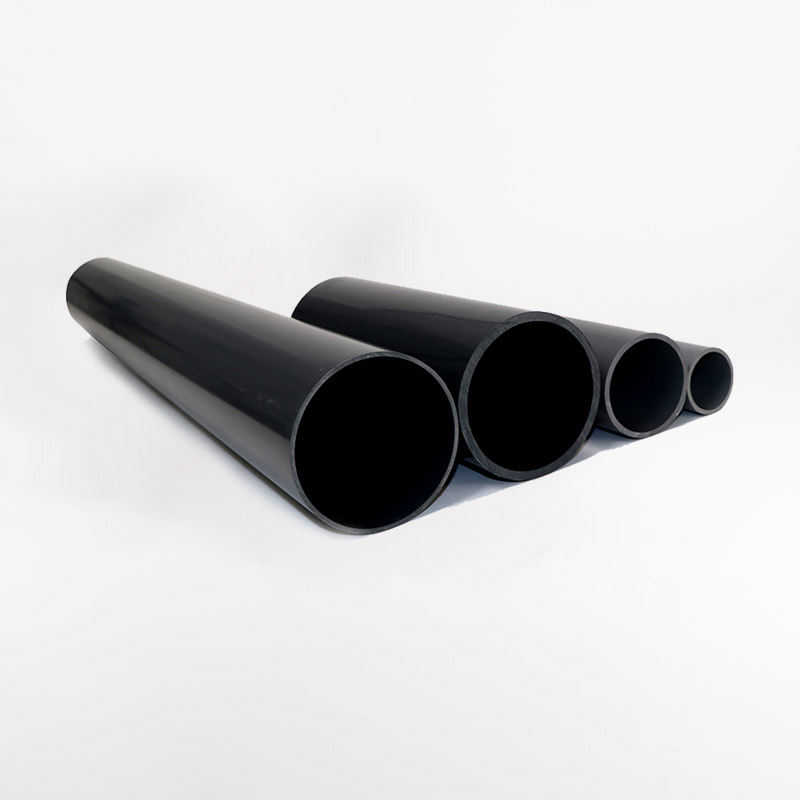 PVC-M refers to the modified polyvinyl chloride pipe, which is characterized by the material itself under less pressure.


Send email to us

The anti-seismic performance of PVC-M pipe, a modified product of PVC pipe products, is even better than that of PVC-U

PVC long life refers to the material itself in the case of less pressure or no pressure, its life is longer than PE and other plastics, and the long-term strength of PVC is more than or equal to 25Mpa, and PE100 is more than or equal to 10Mpa.But PVC corresponding to PE is slightly "brittle".That is, the impact is easy to get hurt, and the long-term strength is low.Therefore, in the national standard, UPVC uses a safety factor of 2.5(∮90 or 2.0(∮110 or more)) to design the pipe, while PE only uses a safety factor of 1.2(PE100) to design the pipe. In other words, as long as UPVC is relatively brittle, it can not only improve the safety performance of the pipe (such a high safety factor is not necessary).It can also solve the adaptability with the current domestic construction conditions.

In order to be more convenient for users, we are committed to improving the toughness of PVC and reducing the design safety factor.At the same time let the user feel more at ease to use PVC pipe, carried out a series of research.In order to ensure the durability of toughness, the method of only increasing toughness without plasticizing was adopted, and finally the PVC-M pipeline was developed.

Under the premise of basically not reducing the long-term strength, the toughness is 5~10 times higher than that of UPVCand the notch impact strength is more than 30MPa (20℃), which is more than 3 times that of UPVC.After the toughness is improved, the failure sensitivity is reduced, and the pipe is not easy to be injured or the degree of injury is greatly reduced, so that the influence on the long-term strength is small.Therefore, the safety factor for design can be 1.6.(In the above toughness, the coefficient verified by many countries, not to mention our company's PVC-M toughness index is more than its test toughness). Although the ton cost of PVC-M is higher than UPVC, the price per meter is not higher than UPVC due to the low value of the safety coefficient and the thinned wall thickness.

In this way, PVC-M pipe has the advantages of both PE pipe and UPVC convenient installation and maintenance.At the same time, the price is not higher than UPVC pipe, about 30% lower than PE pipe per meter.Therefore, it has more broad prospects than UPVC and PE pipelines.

PVC PVC piping system has nearly 70 years of development history, because of high modulus, high strength and low price has been the world's largest application of plastic piping system.However, there has been a period when the performance level of PVC piping systems has not improved much and the growth rate in some countries and application areas has slowed down.

Although China's PVC pipe system has formed an annual output of more than 1 million tons of huge scale, but has been staying in the traditional PVC-U range, many enterprises do not understand the trend and progress of international PVC pipe technology innovation, because the technical progress is slow to restrict the further promotion and application.

The world is constantly exploring to improve the performance level of PVC pipe system and broaden the application field of PVC pipe system, and has made remarkable achievements in the past decade.The main directions are:

-- Through the bidirectional stretching in the process of pipe processing, the molecular orientation can greatly improve the strength and toughness.Often referred to as PVC-O or BO-PVC.

-- Expansion of applications, such as: by improving the modification of PVC pipe can be bent, folded, and even butt welding.Liner for trenchless repair of old pipelines.

The change and development of international situation in recent years have provided an unprecedented historical opportunity for the development of PVC pipeline system in China.Polyolefin piping systems, which compete with PVC piping systems in many applications, have been severely affected by the explosion in oil prices, while PVC, which can be used as a raw material for coal, has gained competitiveness by staying at lower prices.Facing the new opportunities in the market, if we can speed up innovation and development, keep up with the pace of international technical progress in PVC piping system, we can open up a new situation.

How are the pipes connected

When PVC-M pipes are connected with pipes and equipment of other materials, flanges and threads can be used to connect them.The above connection forms are convenient to connect, safe and reliable.